Where to Learn More

I’ve been looking for more sources of information that players can use to improve their game.  There is an incredible amount of information to sift through from books, newsletters, blog posts and videos but I have tried to narrow it down and am including links to the sources that I have found to be most helpful.

Joe Baker, in his second video, “Doubles Pickleball Strategy 102 - Smart Pickleball Vol. 2, Power”, builds on the foundation of his fist one, “Doubles Pickleball Strategy 101 - How to Play Smart Pickleball, Ten Tips”.  This one focuses on when to use power and when to hit the ball softly. He reminds viewers that most rallies end not with spectacular winner shots but rather with unforced errors.  He also makes the point that hitting the ball harder reduces control and increases errors while hitting the ball softer increases control and reduces errors.

Deb Harrison, better known as “Picklepong Deb”, has quite a few short videos on a wide variety of Pickleball playing tips and strategies.  Deb has a quirky but effective teaching style.  This video, "Earning the Net", helps viewers to learn how to handle the situation when you struggle to get all the way up to the net. 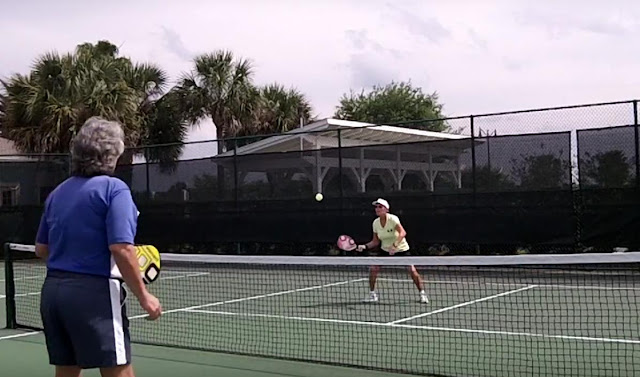 She also has a good video,  "Drop the Ball Against Bangers", with tips of what to do against "Bangers", players who like to hit the ball hard back at you. 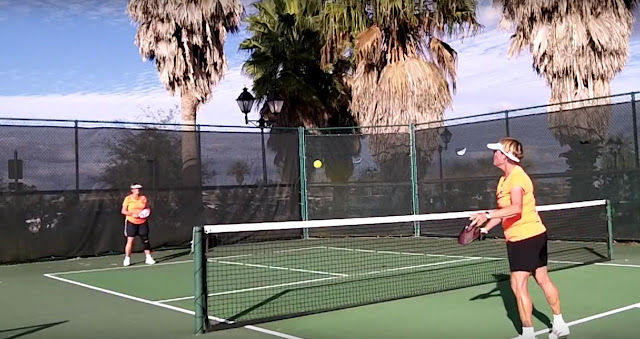 Another of her videos that I found helpful is "Returning the Third Shot Drop". 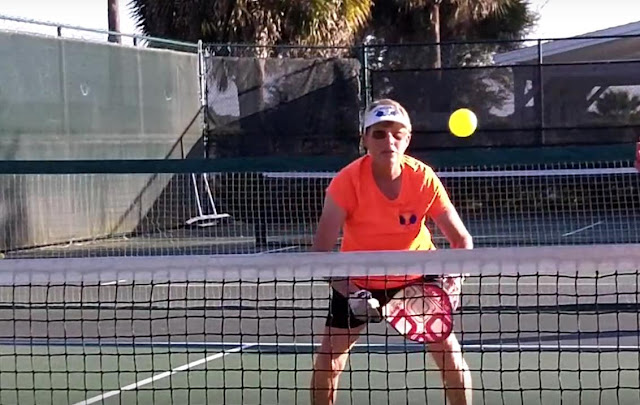 The Pickleball Channel has a list of "Pickleball 411" instructional videos worth checking out.  The list includes videos on "Hitting Down the Middle", ... 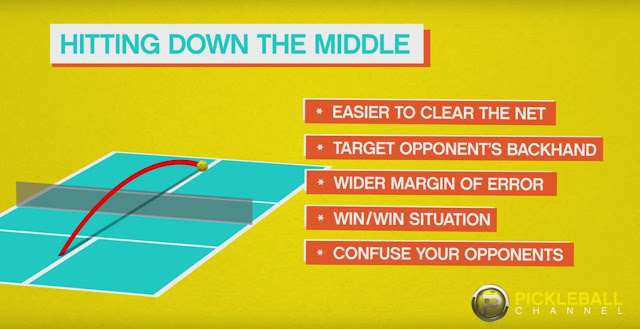 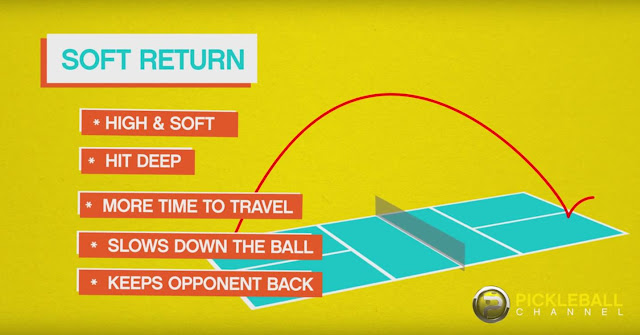 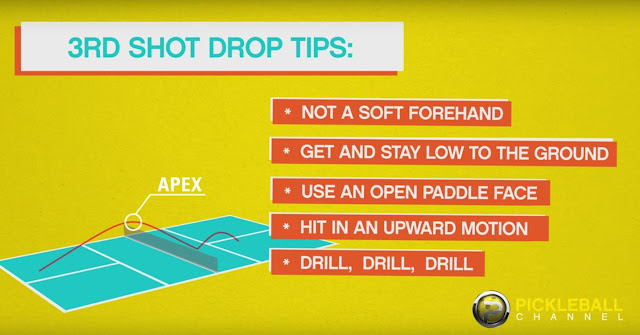 Third Shot Sports also has an extensive list of videos including "How to Hit Quality Overheads in Pickleball" ... 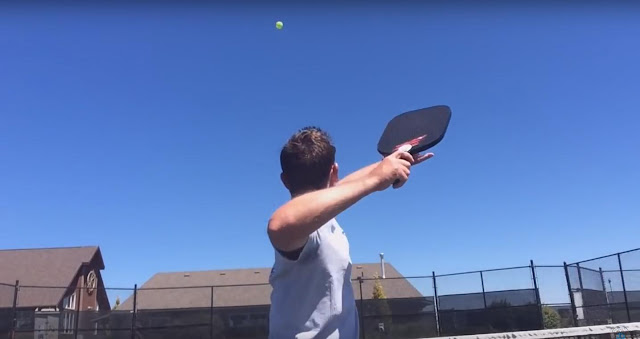 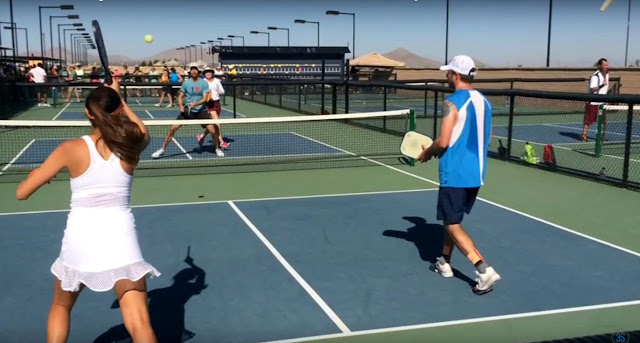 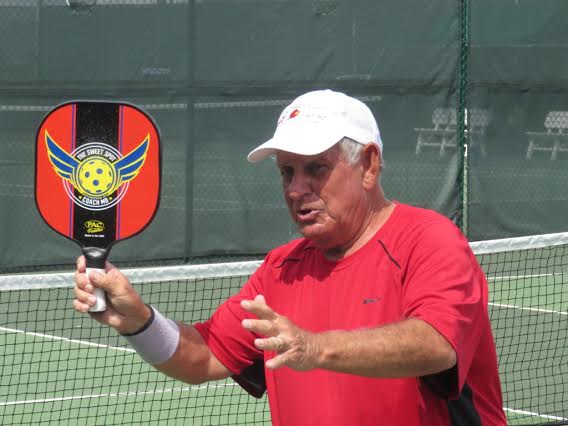 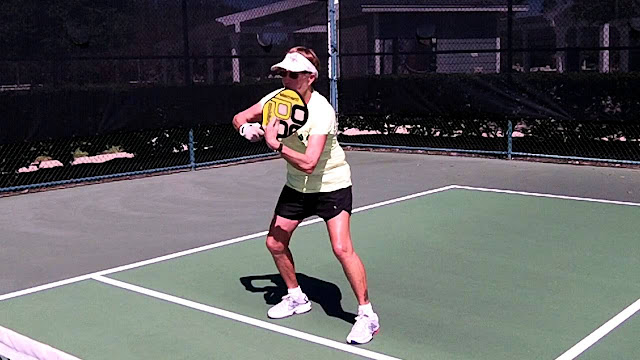 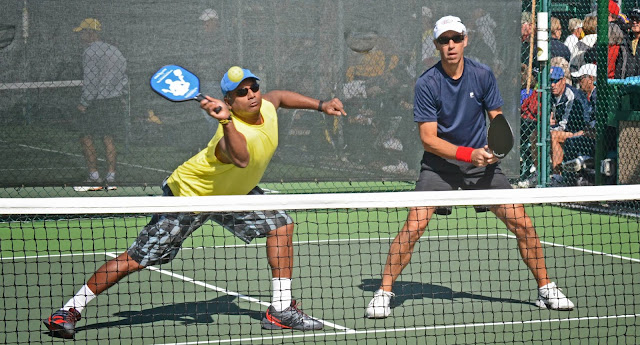 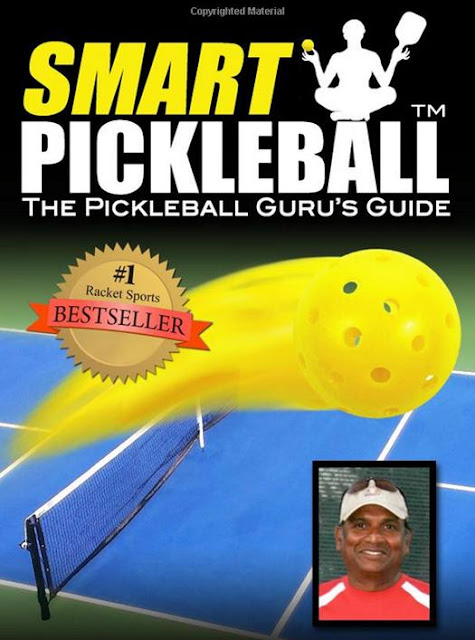 ... where he states that “Smart Pickleball is about taking control of the game and constructing each point so that you’re not mindlessly reacting to every shot”.   His book includes the following  "Rules of Smart Pickleball":
In addition, he has written what he calls "The 7 Principles & Teachings of The Pickleball Guru".  He states that all of his pickleball tips, drills and suggestions are based on 7 strategy principles:

3. Move up to the net as soon as possible.

4. Make the third shot of the game a drop shot.

6. Never hit up.  Hit the ball down or a soft dink into the Kitchen

Prem Carnot also writes a blog with quite a few posts and I found this post, "Pickleball Strategy – Cover the Line or the Middle?", especially helpful.  He asks the question "How many times have you had your opponents hit a great shot down the middle, where you and your partner just watch it go by?" 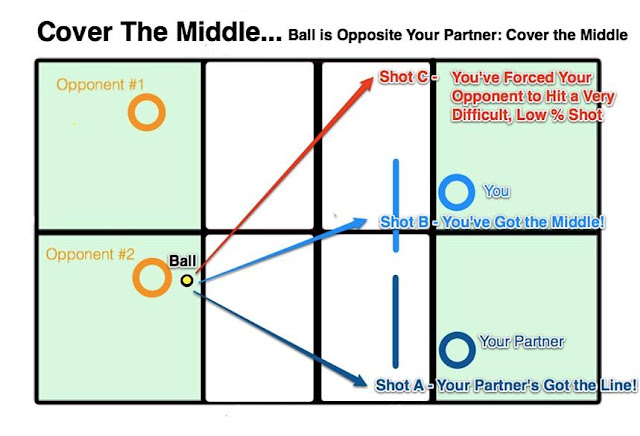 I also found the Pickleball Guru’s List of The 5 Biggest Pickleball Mistakes You Could Be Making Every Time You Play !

Mistake #1: Not Getting Up To & Staying At The No-Volley Line

Mistake #2: Not Keeping Your Paddle Up

Mistake #3: Depending on Mental Telepathy (not talking to your partner)

Mistake #4: Not Orienting Yourself to The Ball & Your Opponents

Mistake # 5. Afflicted By Bad Karma From Being a Pickleball Snob  (not wanting to play with less skilled players sometimes)

These are the best resources I have come across so far.  I will keep looking and keep adding as I find more.  But I think what I have collected so far is plenty for a beginning to intermediate player to work on.  I know it is for me!

We are members of Jojoba Hills SKP RV Resort, a 55+ cooperative community, located in Aguanga, California and we love to play Pickleball. We encourage our members, guests and visitors to come join the fun!

So You Want to Play Pickleball

$20.00 per year per person to pay for balls and nets. You can pay the current Pickleball Club treasurer 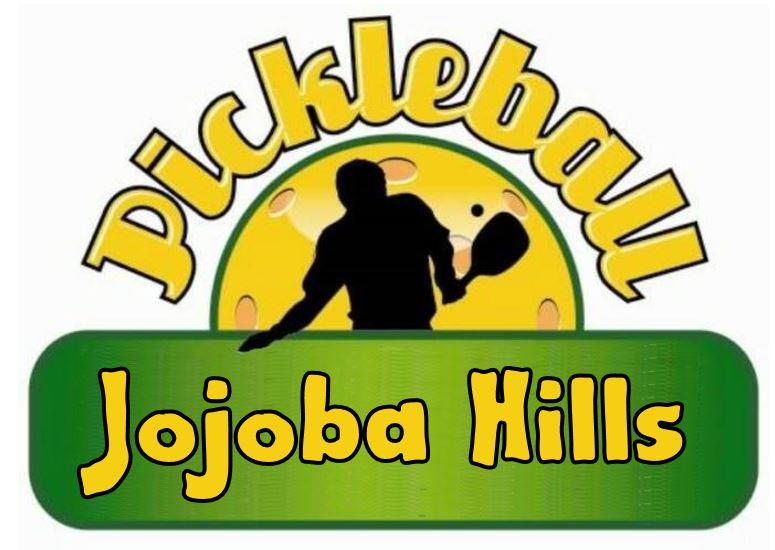 Jojoba Hills RV Resort is not responsible for content